She has moved all over the company, started as a manager, and was deliberately relegated in between. She finds detours are the real path. She loves to grow and make others grow. Keyword: inner career.

Senior UX-Designer, with VI for seven years, started as an intermediate UX designer.

He primarily didn’t want to have a career, but rather to concentrate on the technical aspects, to work on the content level. Team leadership is not his passion but more the concrete work on the project.

At the moment, he still wants to change a lot and experience a lot, then arrive somewhere in his forties. That’s the rough plan. He’d rather do than ask too much. He stands up for himself, doesn’t avoid arguments, knows what he can do, and wants to be rewarded for it.

What is a career? For me, it has always been the degree of freedom that the next level opens up. 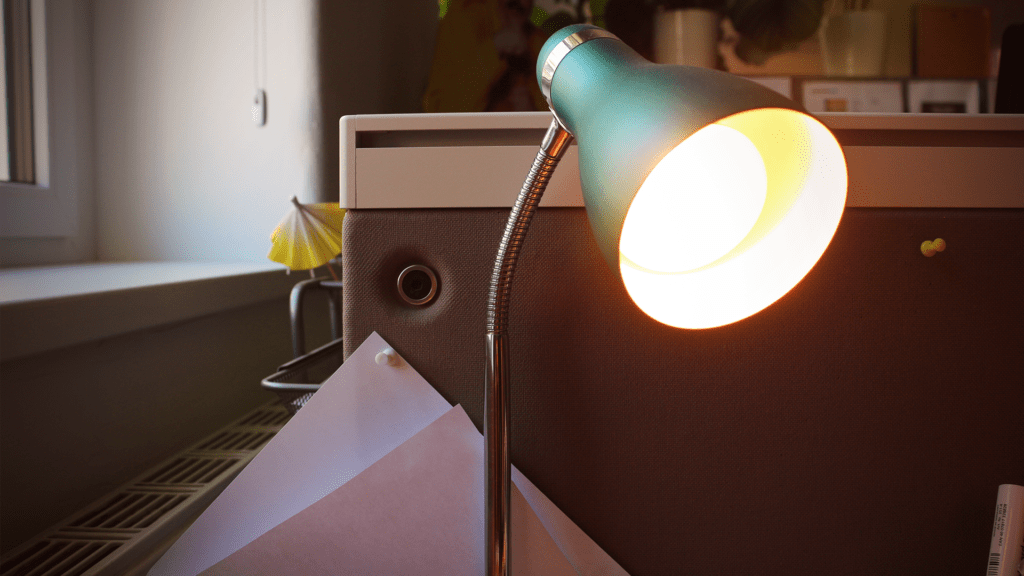 Simon: I’ve been a UX designer at VI for seven years now, and we have a development talk once a year. That was and always is a discourse that is about me as a person: Where do I stand? How am I doing? What kind of feedback do I have? Because this is how it works, it was also consistent for me to continue working as an intermediate for several years. Only when it was coherent for me as well as for my counterpart in this overall view, I changed the level. Today I am a senior. And that’s all we can do.

Marion: You can still become a team leader …

Simon: My focus is less on leading the team. That’s not my great passion. I’m the content person who talks to the point with customers and colleagues. But for me anyway, a career is less about the label and more about the question: What am I allowed to do?

Marc: I have to grin a bit now. I never actually had permission, just did it. In any case, the title is not decisive for me. That also shaped my career at VI. 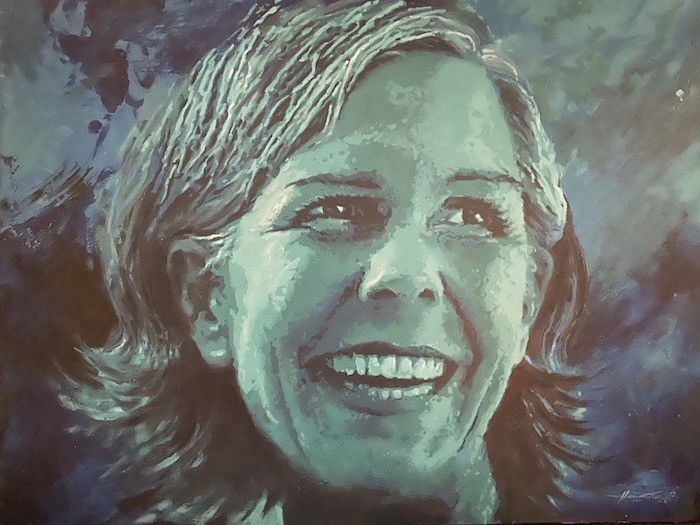 Marion (curious): Somehow we don’t really know what you do.

Marc: I started as a developer, then became an architect, and now I’m fifty percent architect and fifty percent site manager of the Porto office. Exactly what Simon doesn’t want to do: talk to the team, develop people. But half of the time I’m still doing what I love, so I can cultivate my passion for software architecture. For me, it’s the perfect split.

Marion: What is a career? For me, it has always been the degree of freedom that the next level opens up. That’s why in the beginning, when I was still working in advertising, I really wanted to move up. I ended up starting at VI as a career changer with a leadership role. But that role was scrapped and I went back to being a project manager, just like when I started my career. But not for long, because that wasn’t for me. Instead, I could totally see myself working in Human Resources and suggested that.

Simon: A lot of back and forth: Doesn’t that feel like failure in between?

Marion: To be honest, not at all. I feel incredibly well guided by life, because I have learned and understood something new with every step. I am convinced that the detours are the way.

Simon: Do you want to stay there now?

Marion: I can’t answer that for you. If you ask me today, I’ll say yes. I don’t have this urge to look directly at the next, I like to feel I’ve arrived.

Marc: I want to get there too, eventually. My goal is to get to forty and then slow down because I know the human body changes. I probably won’t have the energy then, and I also want to take care of my family and stuff.

... you have to make your own way and walk. Someone will stand at the side of the road and hand you a drink of water if you're thirsty. Or gives you the info where north is, if you don't know where to go.

Simon: I like to compare VI with a Montessori school concept (everyone laughs). I deliberately say school concept, not kindergarten. What VI has is a prepared environment. Just like Montessori. In the end, it’s always about: are the rituals clear, are the contents clear, are the processes clear? In that, you have to be responsible for yourself. Even the parents are not responsible. The child is responsible for learning. But it has to find this framework. That’s also what distinguishes us and that’s what gives me pleasure. That gives me joy.

Marion: A beautiful picture! Also for career plans. No one will slam the door on you if you have an awesome idea or want to do something different or shape your space differently, as long as the results are right.

Simon: You achieve less with us if you say: Yes and now? 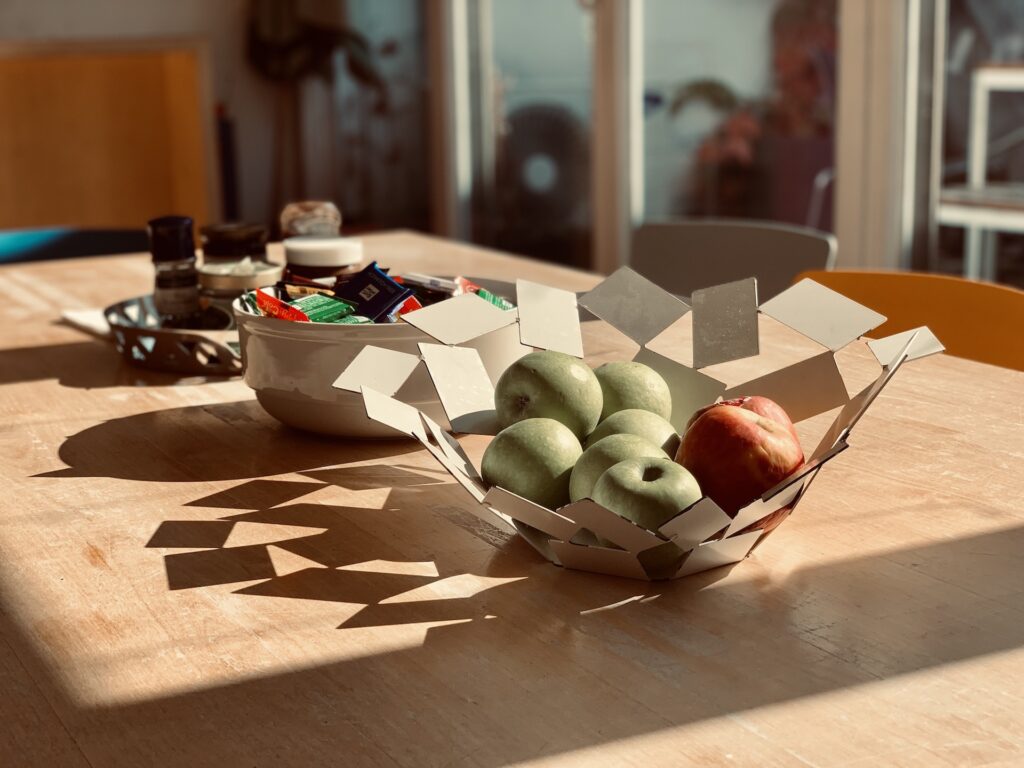 Marion: But I also notice how it helps when someone brings in their inspiration. It depends on the quality of the development talks. Whether someone can help you to dream when you find it difficult yourself. Not to just do everything in your own closet, but to have sources of inspiration. And we have them.

Simon: At VI, the career path is not predefined. In the end, you have to make your own way and walk. Someone will stand at the side of the road and hand you a drink of water if you’re thirsty. Or gives you the info on where north is if you don’t know where to go.

Marion: Fits that we have a strong feedback culture. And therefore a navigation. Our wish is definitely that appreciation and recognition from the supervisor, but also from the team, already comes through feedback. But of course, there are employees who also measure this in terms of finance or title.

Simon: I have never had a salary negotiation at VI. It’s always been addressed and raised by the other side so far. Nevertheless, I notice that it also feels good to be handed an iPhone at the senior level. Material things are part of the recognition.

Marion: When I did this sidestep, towards this team coach role, the company said, are you willing to meet us with your salary? That’s steep when you experience that. To me, that was totally understandable. I could have managed a team as a craftmaster to stay at the career level, but I didn’t want to do that. It’s a give and take. And maybe sometimes it takes a step from me to make it fit and fit into the overall structure.

No one is mad if you say: Nope. I also turned down the role of Craftmaster once. The boss said: Okay, he doesn't want the responsibility, then we'll see. It was a nice conversation, very appreciative.

Marc: When I have development talks, I go in clearly, knowing what my performance is. And I want to be rewarded for that. Of course, the company invests in me, I will also take that into account. But still, for me, work is work. I’m glad that I can be at VI and that it’s also personal, but it’s still work.

Simon: Yes, I love doing what I do. But in the end, I’m investing a lifetime. I sit in front of the computer for hours. I love doing that! I can develop myself here. But the lifetime is gone.

Marion: That’s where it pinches me a little bit. I’m going to use an exaggerated word: we’re not victims. I was in discussion for a managing director position at the time. I said: No way! I would have had Munich two days a week, Freiburg two days a week. No way! My family, my closeness, and my roots are far too important to me to do that to myself. But it was ME who decided that.

Marc: No one is mad if you say: Nope. I also turned down the role of Craftmaster once. The boss said: Okay, he doesn’t want the responsibility, then we’ll see. It was a nice conversation, very appreciative.

Marion: Applicants often ask me: Why are you still here? What has flashed me the most is the possibility of personal growth. It’s another form of career, an inner career, an inner maturation. And to be in an organization that allows that and even supports that. That’s really rare and valuable. I have a space here where I am allowed to be, to simply be who I am and where that is accepted. Where I am allowed to be with all my weaknesses and strengths.